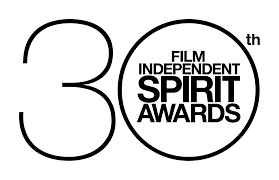 Hollywood Suite aired the Film Independent Spirit Awards in Canada last night, the night before the Oscars.  Critics offered me their views on the nominees, no holds barred.  Which is perfectly timely as results will be almost identical tonight at the Academy Awards!
John Lithgow is "the best actor of his generation" ‪#‎SpiritAwards‬ Best Pic nom ‪#‎LoveIsStrange‬ https://vimeo.com/120173864

Anne Brodie and Radheyan Simonpillai on INHERENT VICE   "They did it for the love of the movie": https://vimeo.com/120173863 ‪#‎SpiritAwards‬ Wins the Robert Altman Award.

Anne Brodie and Peter Howell talk BOYHOOD
Was BOYHOOD a gimmick, or was there something more? Film critic Anne Brodie sits down with critic Peter Howell to discuss. It's up for Best Feature.

Did you think Whiplash was a glamorization of aggression, or a powerful character study? Film critic Anne Brodie sits down with critic Anthony Marcusa.